MYANMAR IS IN A TURMOIL AND THE WORLD NEEDS TO DO SOMETHING...
STAND UP FOR MYANMAR!

Since the Myanmar coup started on the 1st of February 2021, it has since been in a turmoil. Mass protests have been taking place across Myanmar since the military seized control on 1st February 2021 and announced a one-year state of emergency across the country. Aung San Suu Kyi, the elected leader and members of her National League for Democracy (NLD) party are among those detained while hundreds of people have been killed.
The ASEAN Human Rights Cartoon Exhibition Solidarity Gallery is our way to show our support for our ASEAN brothers and sisters. Cartoonists put to pen drawings that mark as a symbol of solidarity as we stand with the people of Myanmar to defend democracy against the coup d’état by the military regime.
The Junta has violated democracy. We pledge our support for an immediate ceasefire. The violence against the people of Myanmar must be put to a stop! 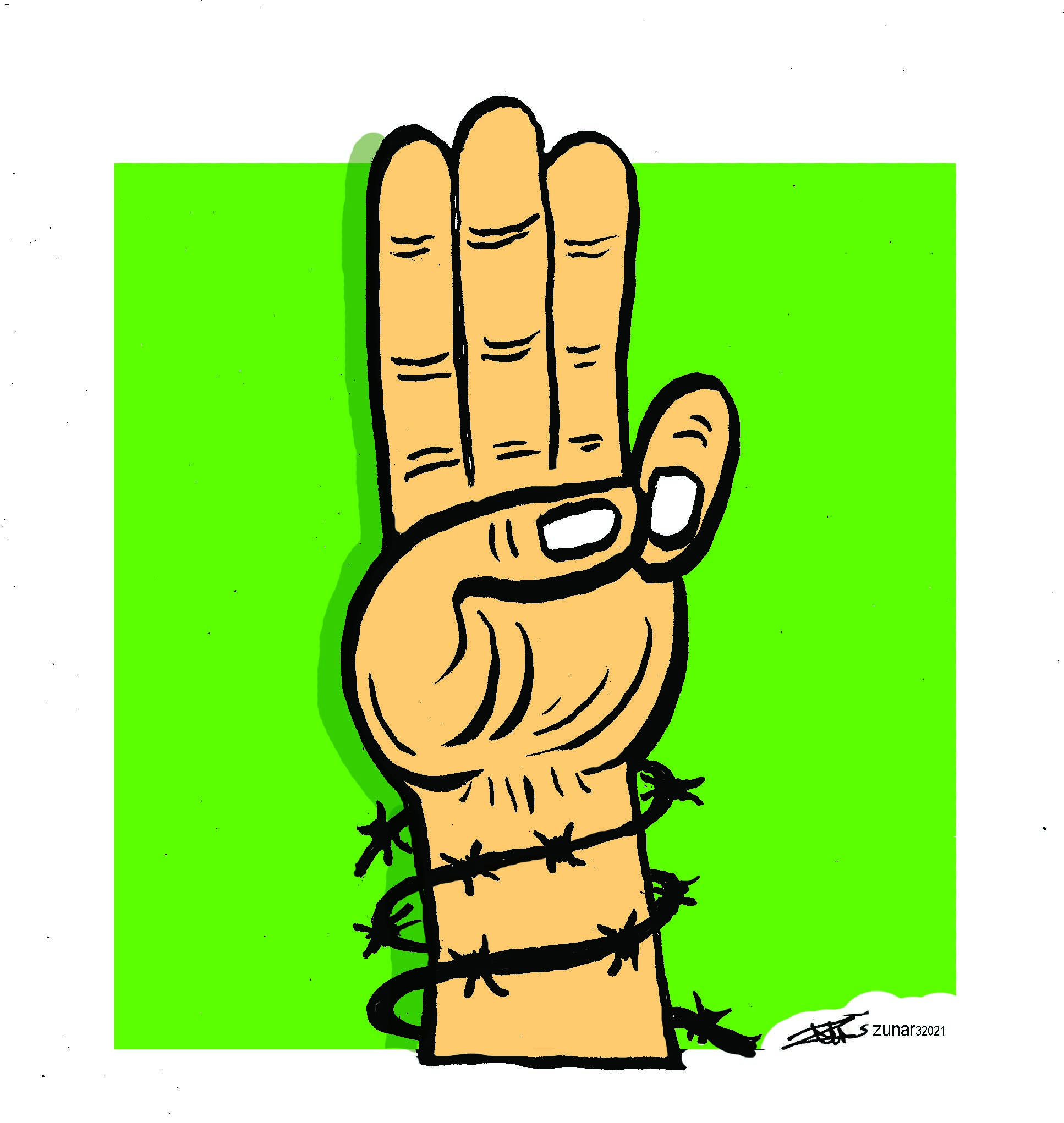 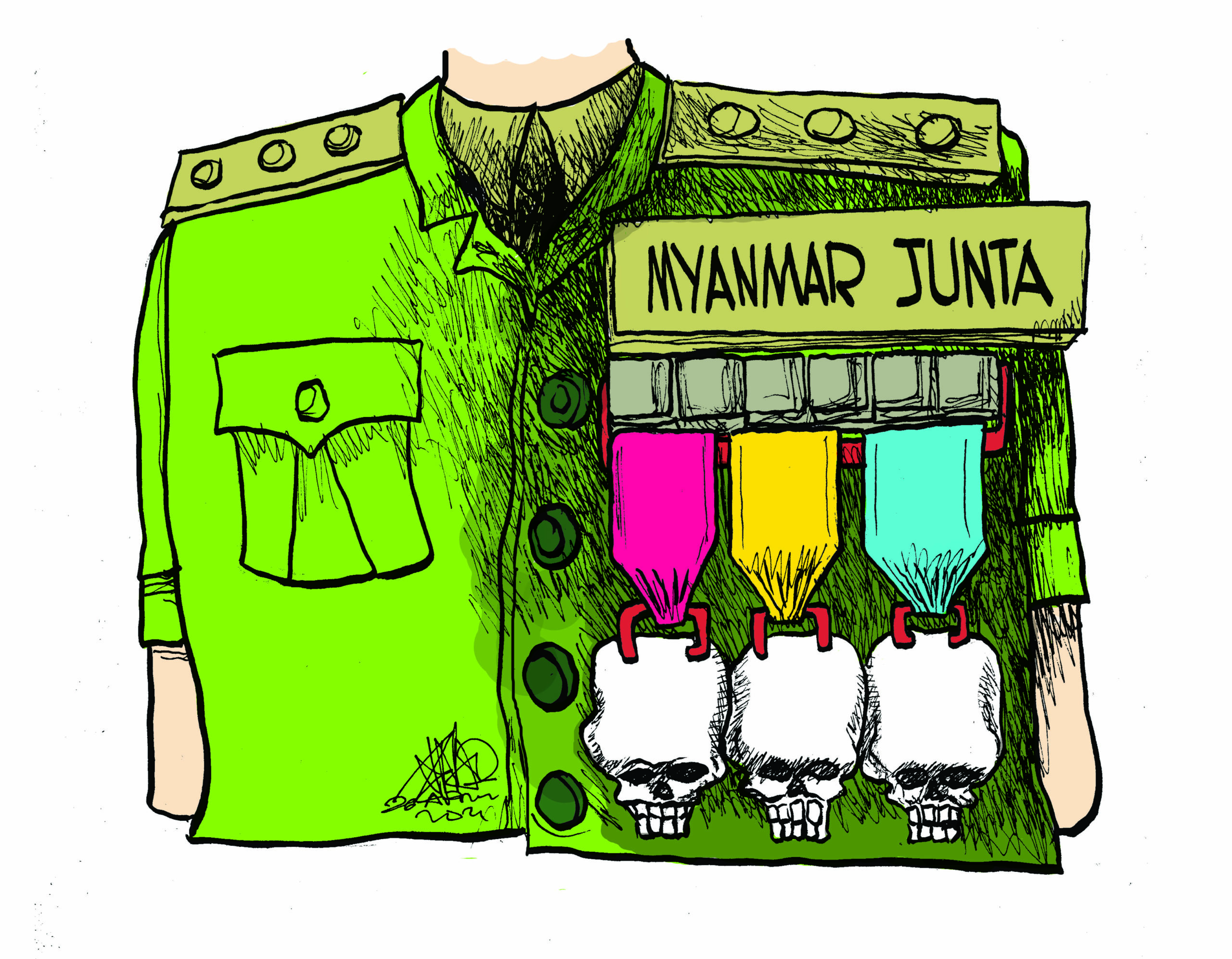 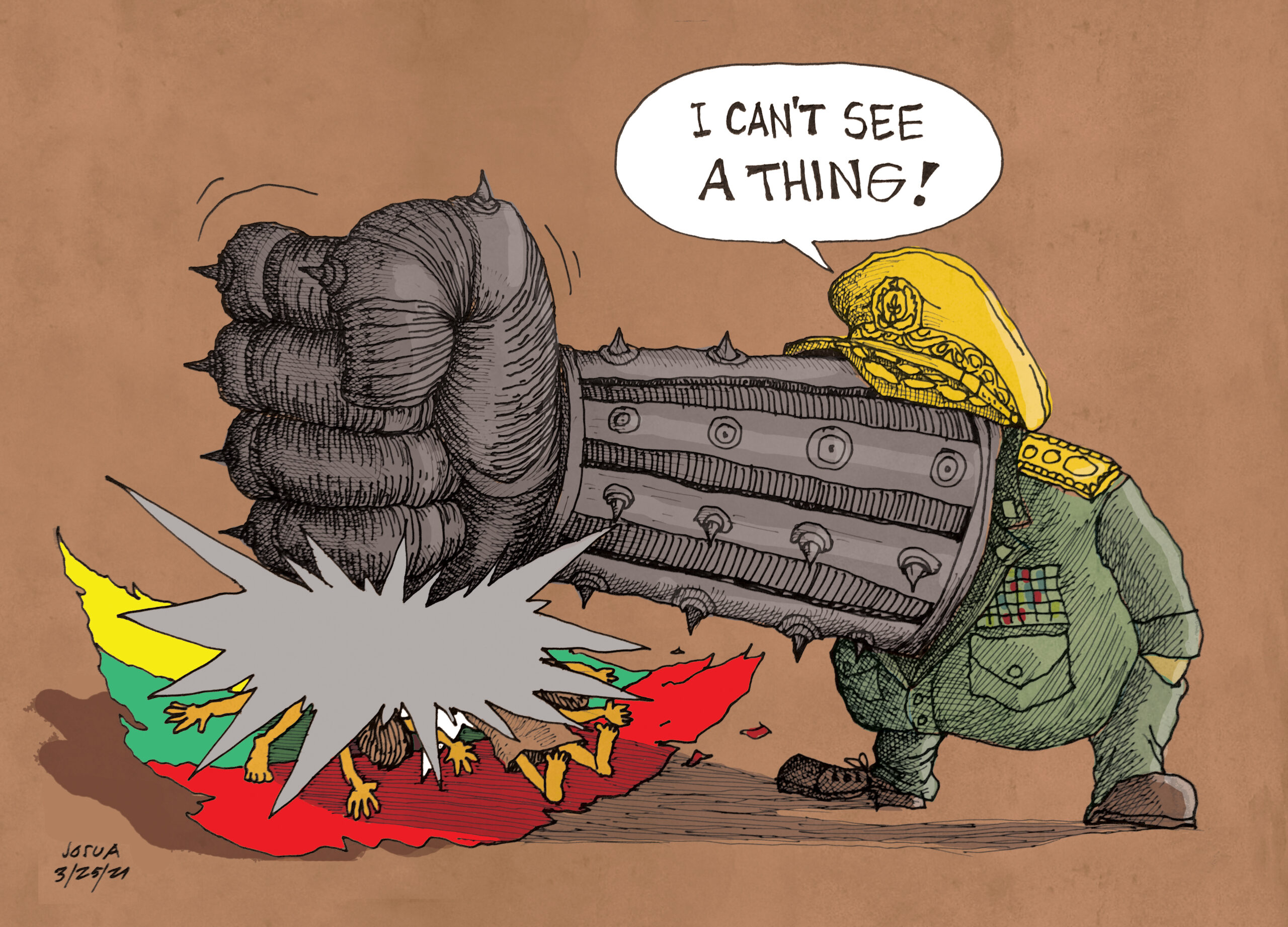 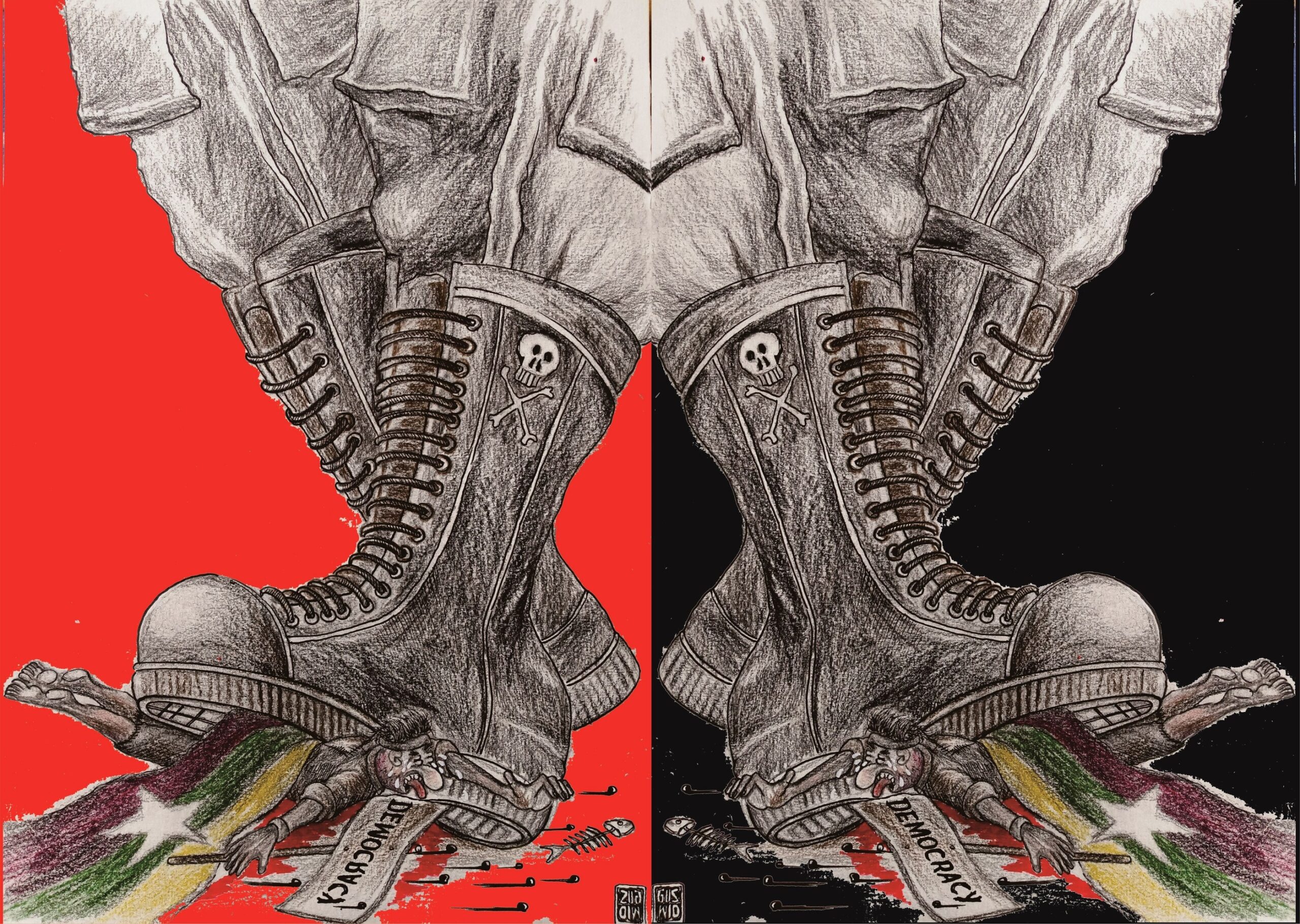 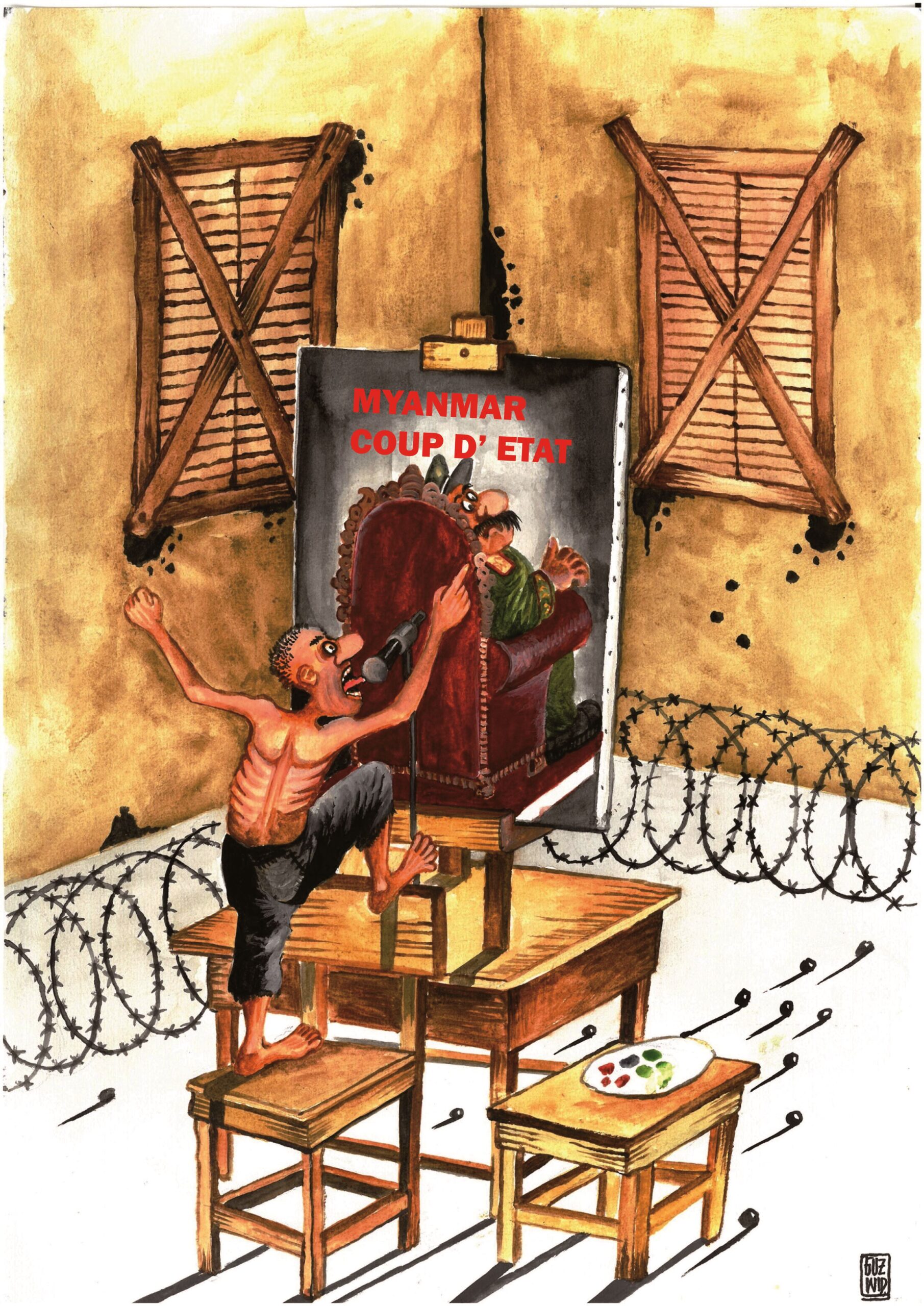 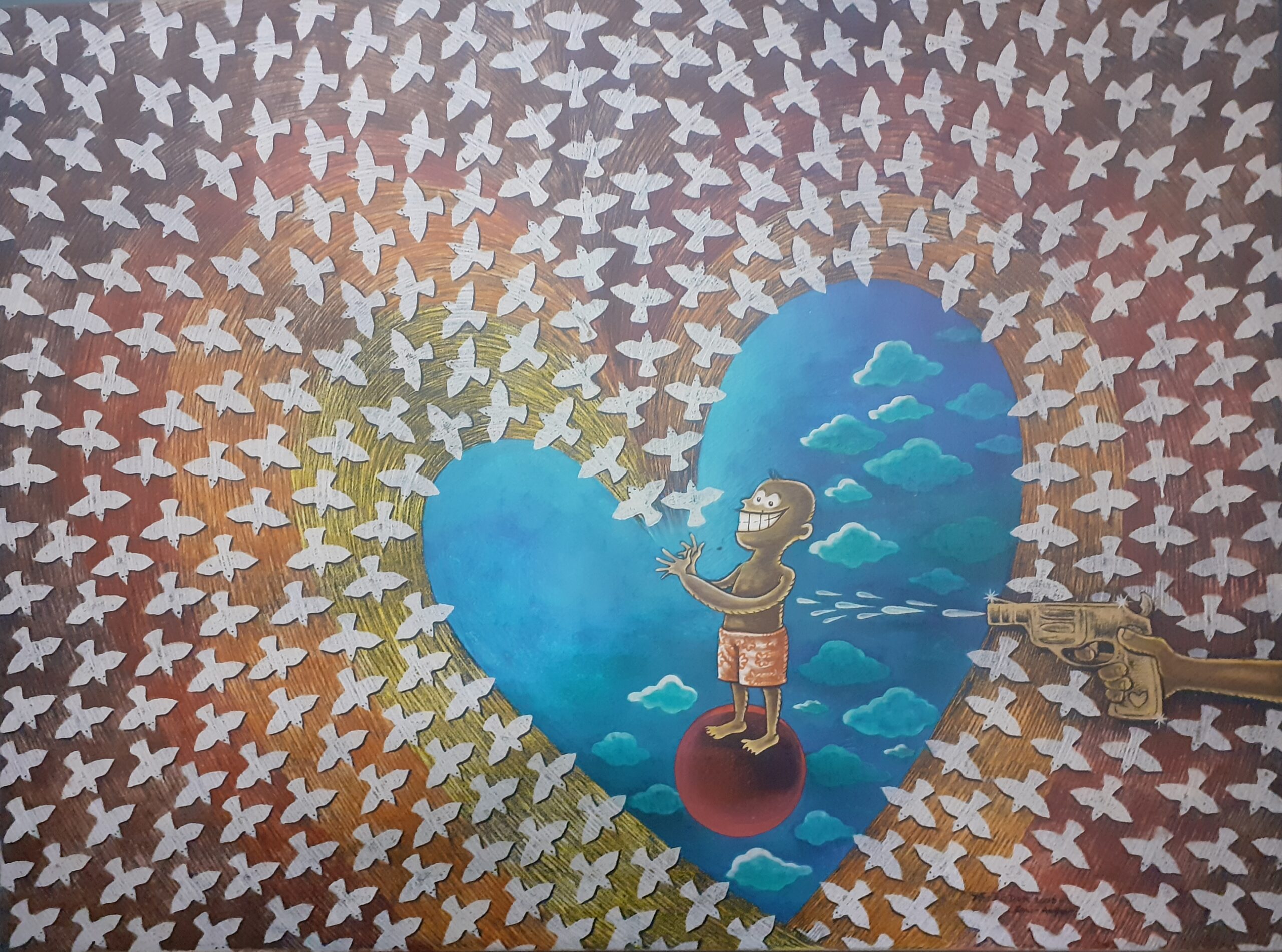 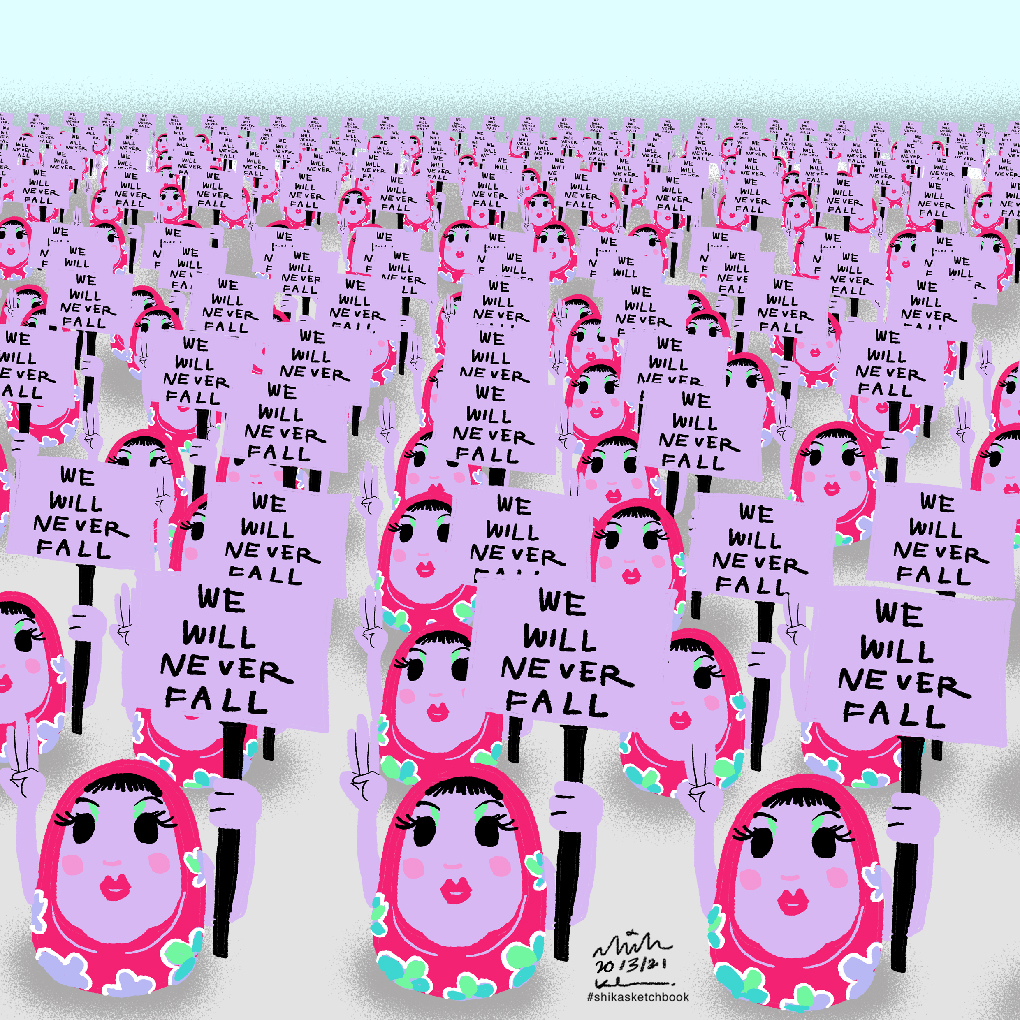 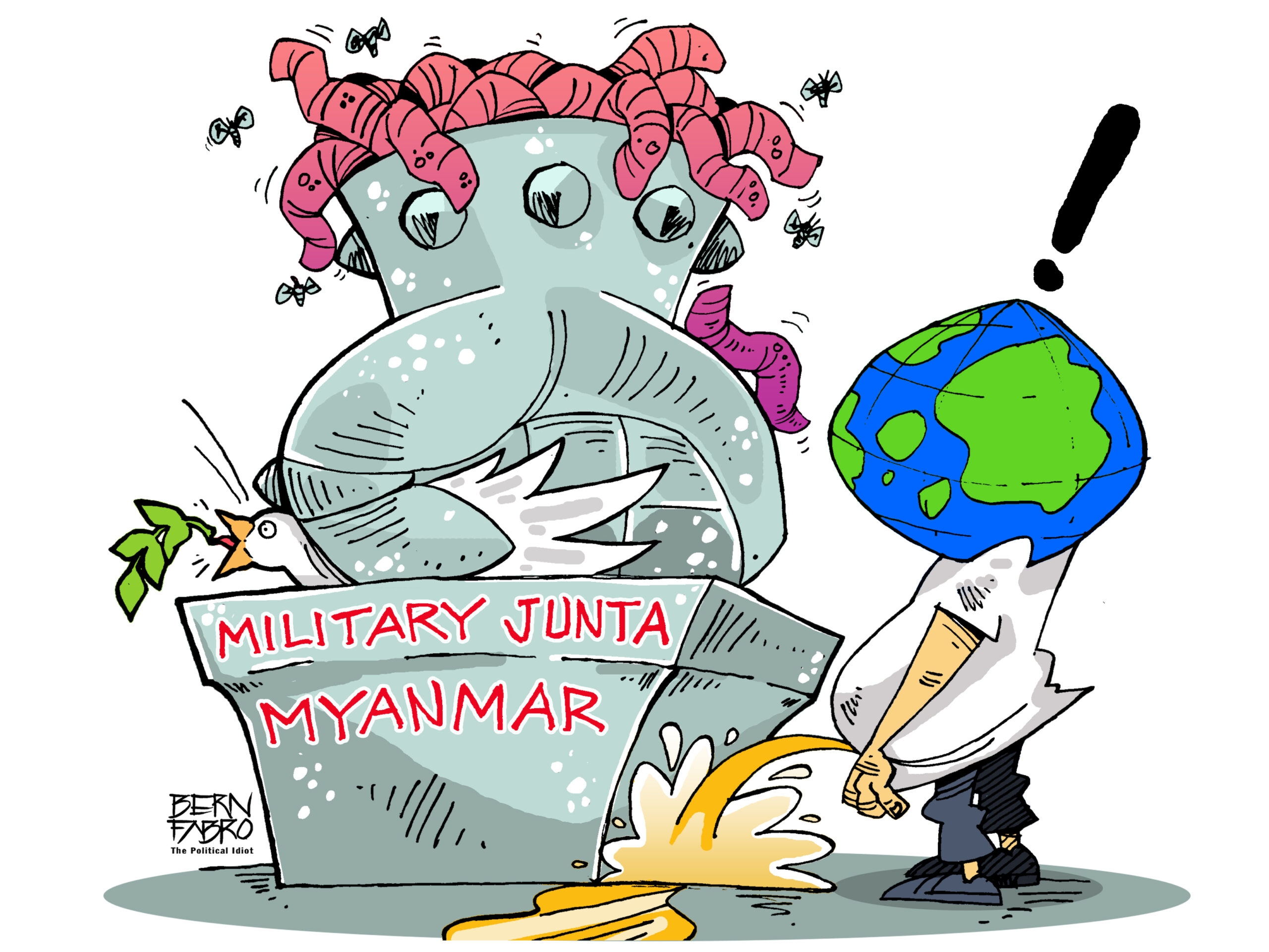 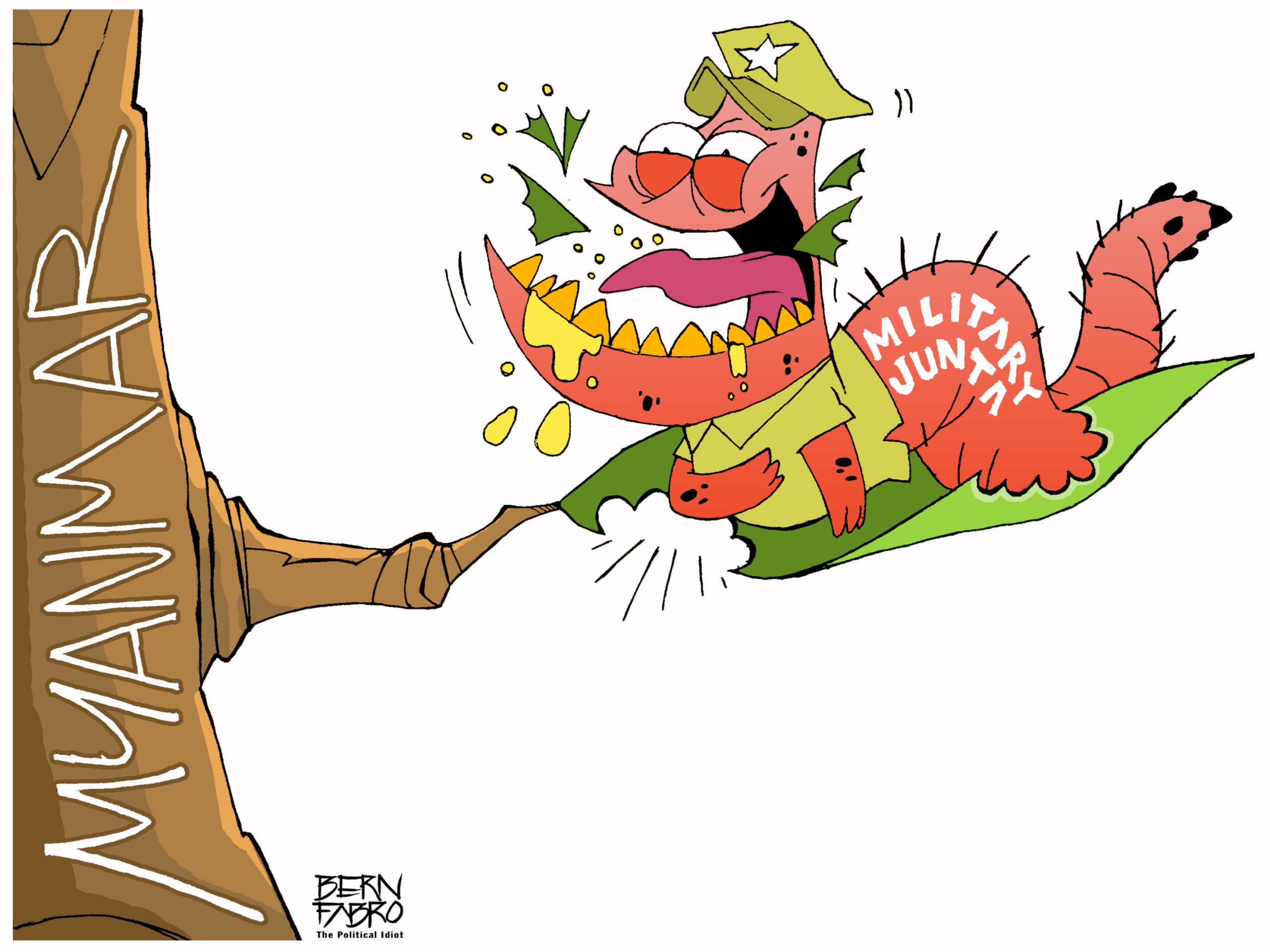 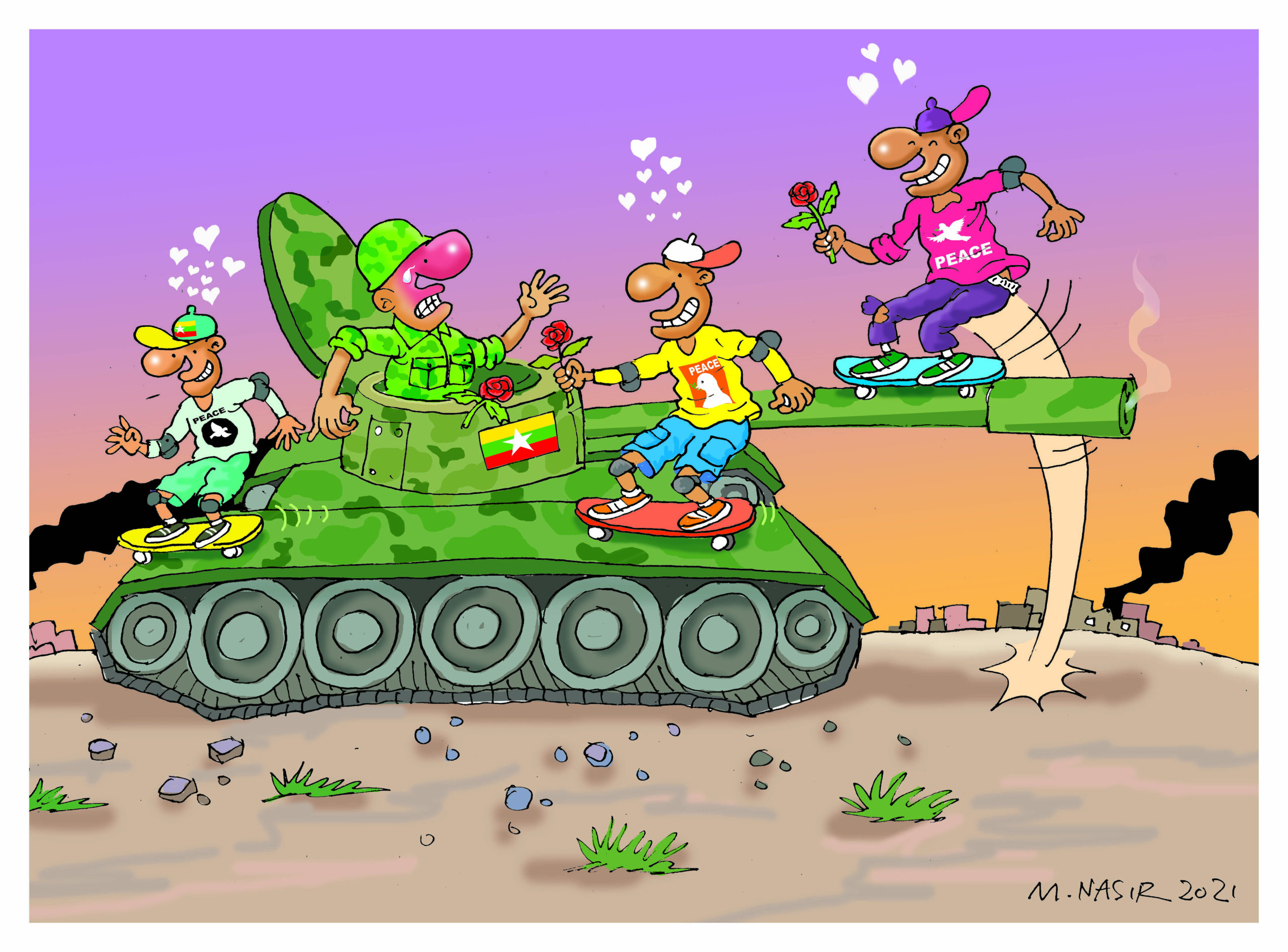 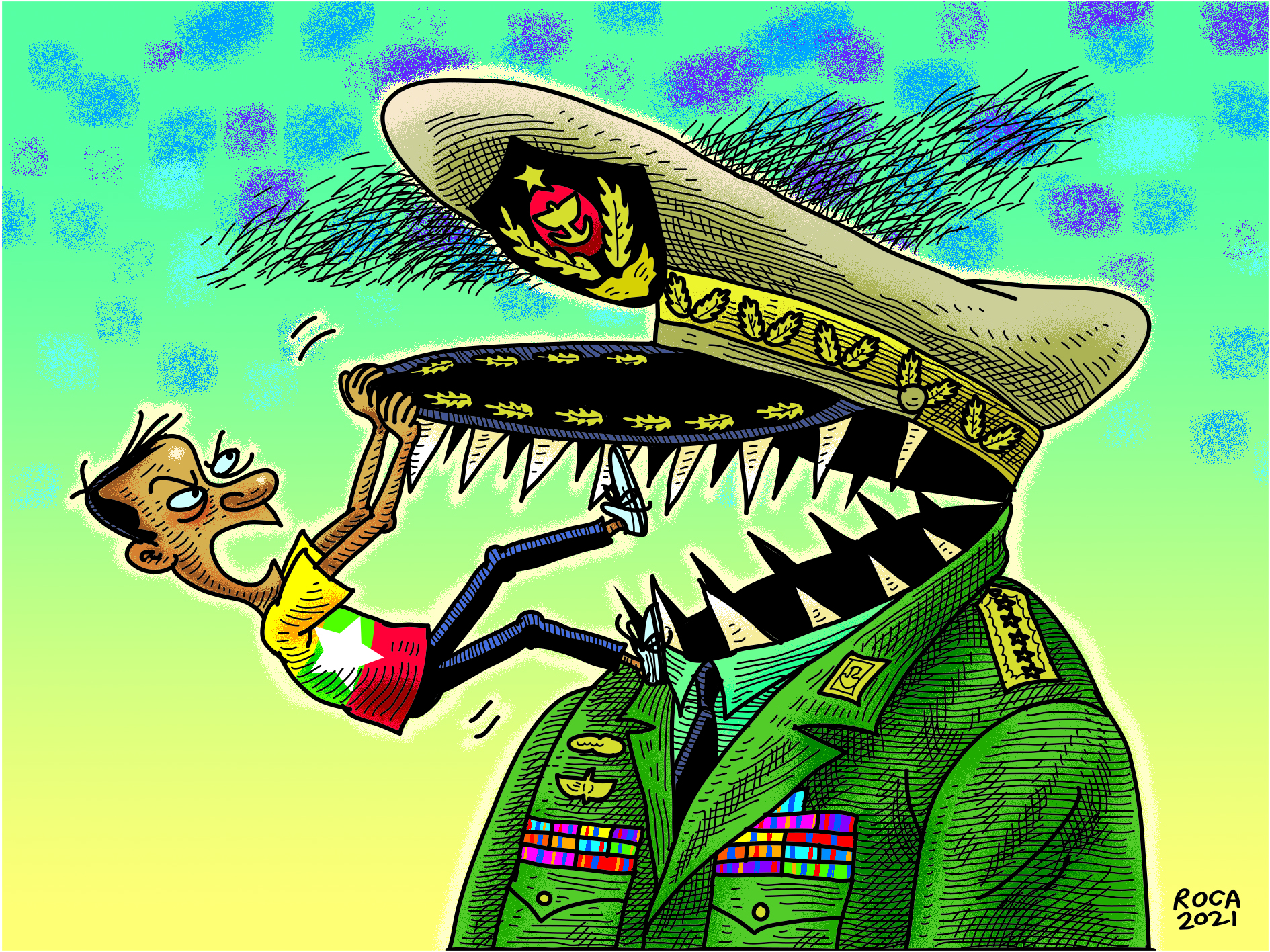 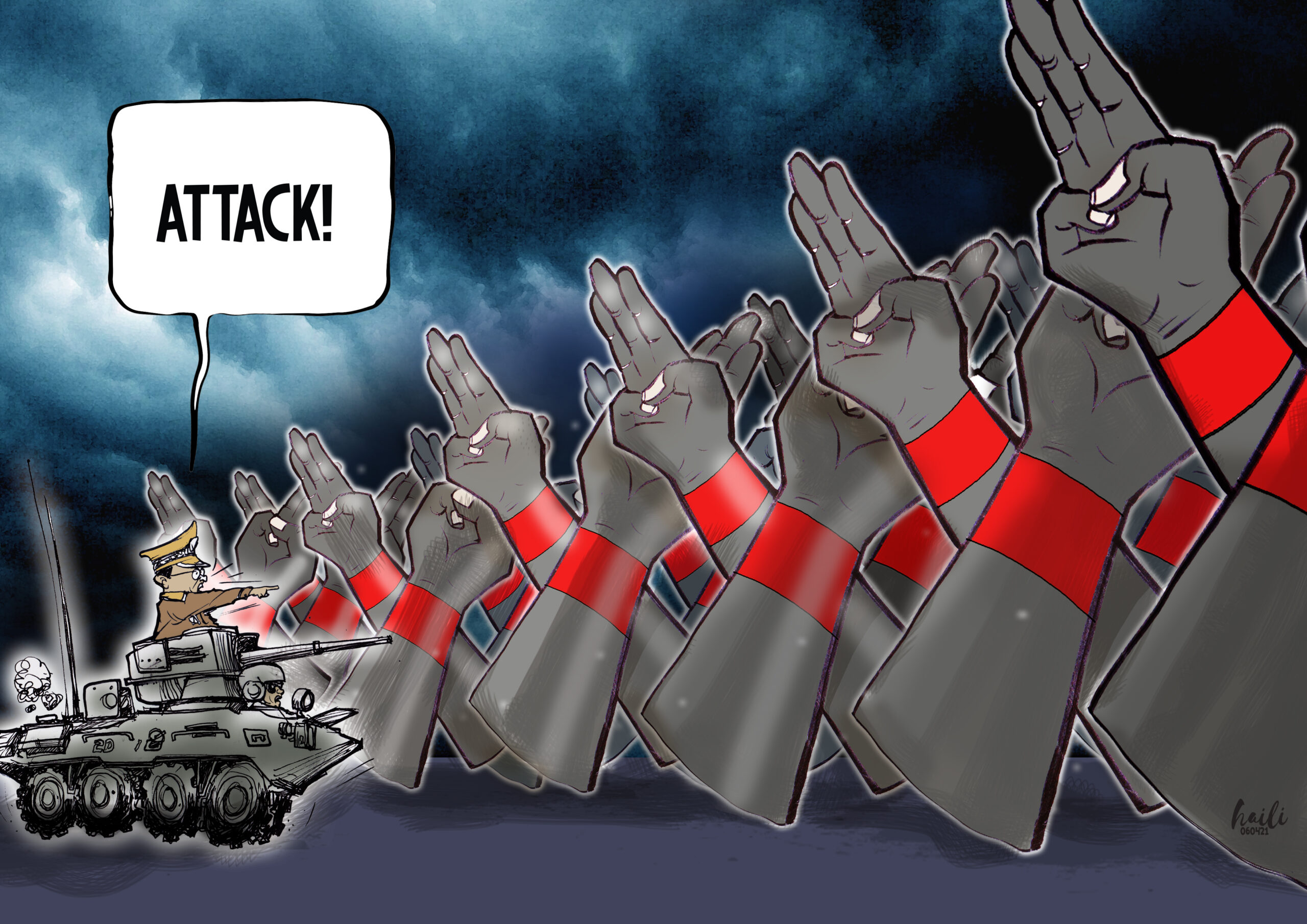 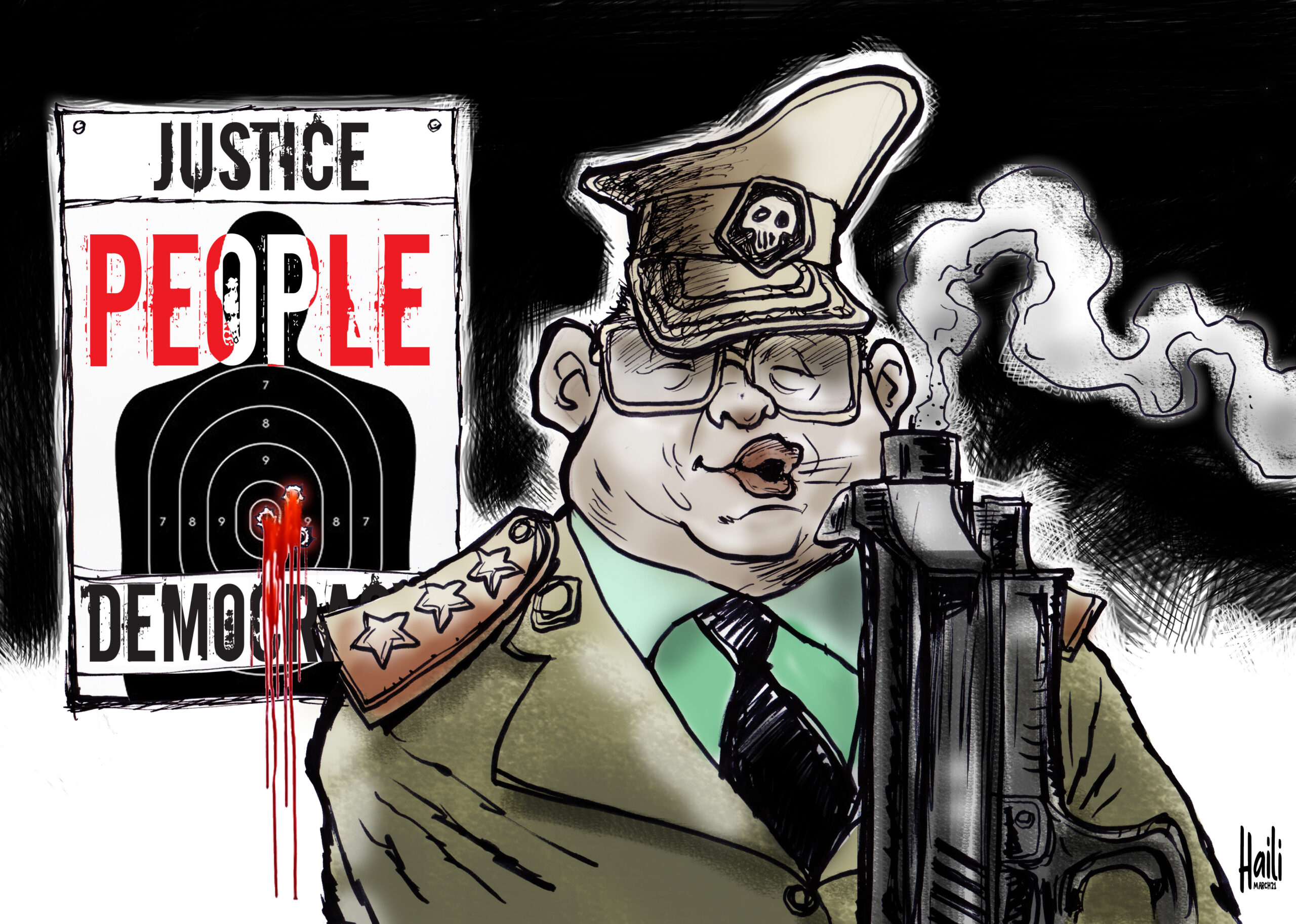 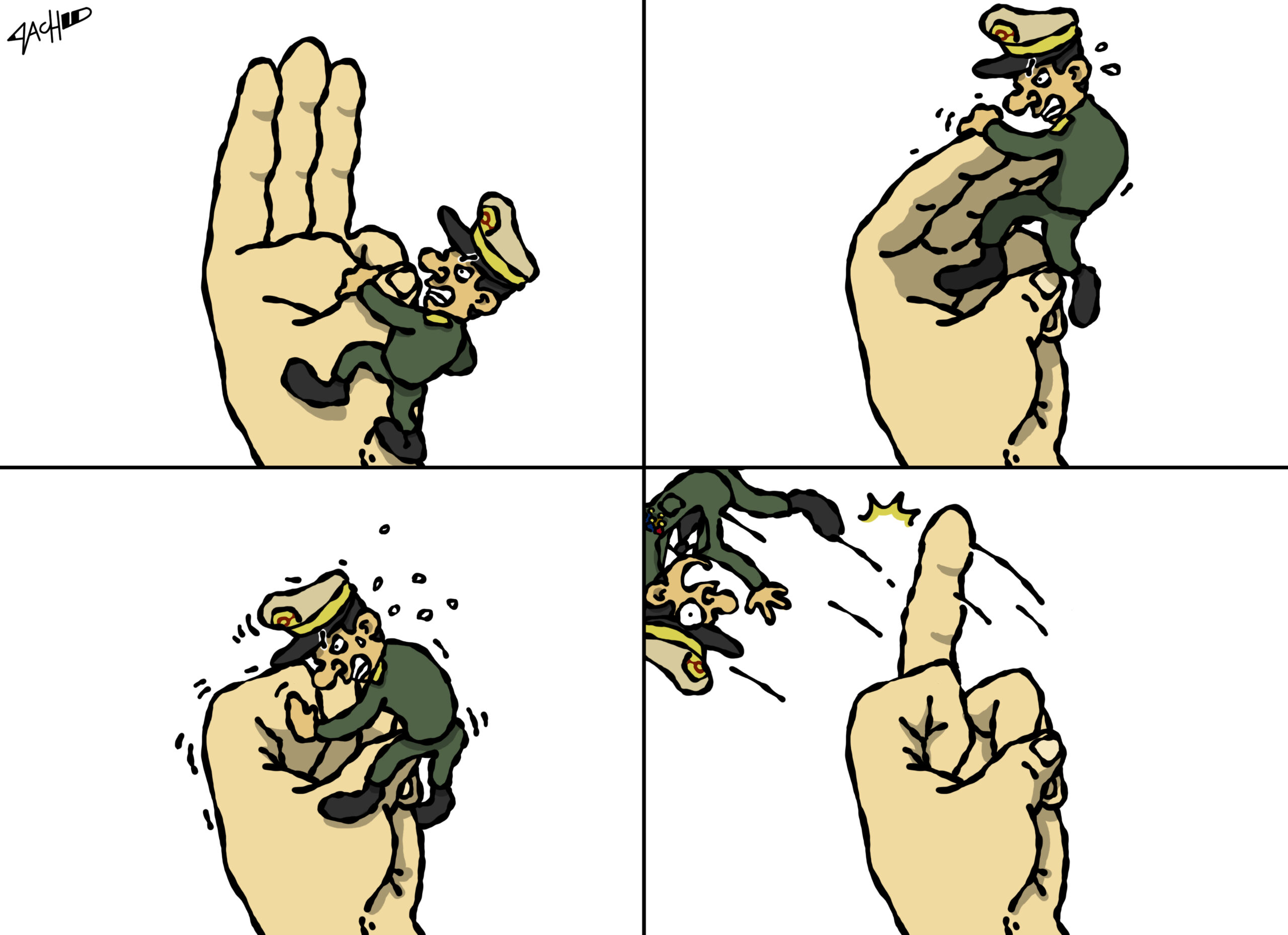 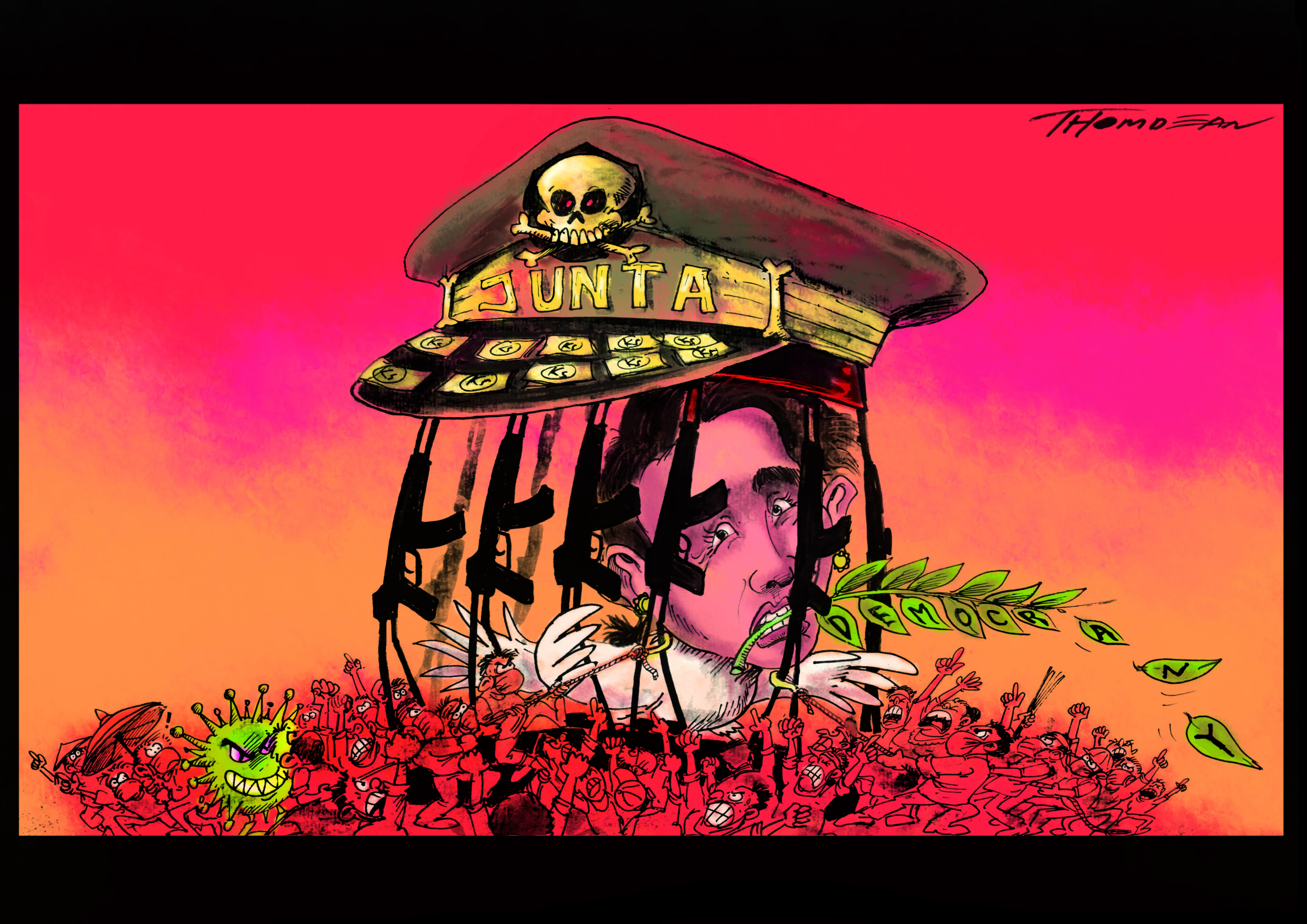 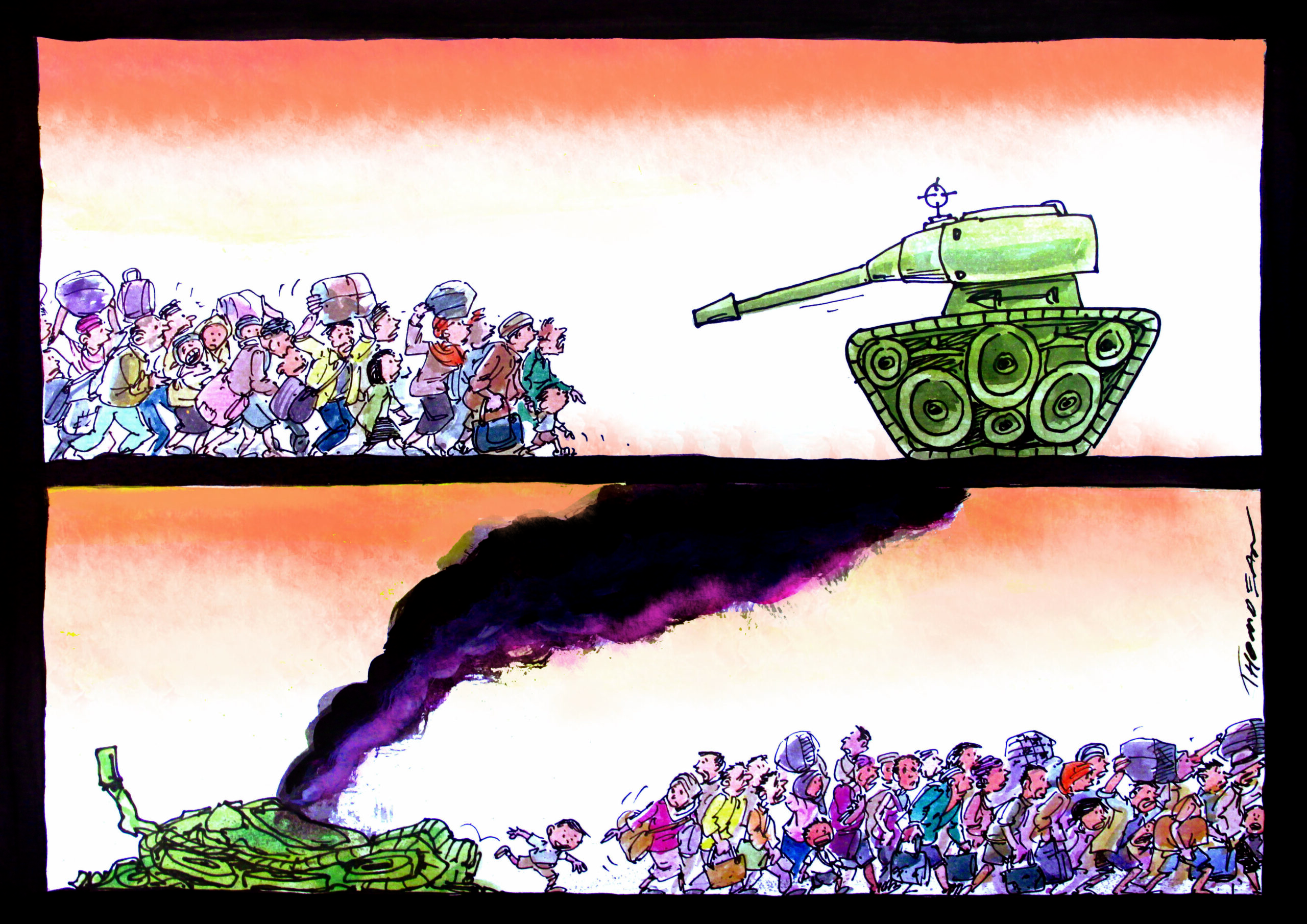 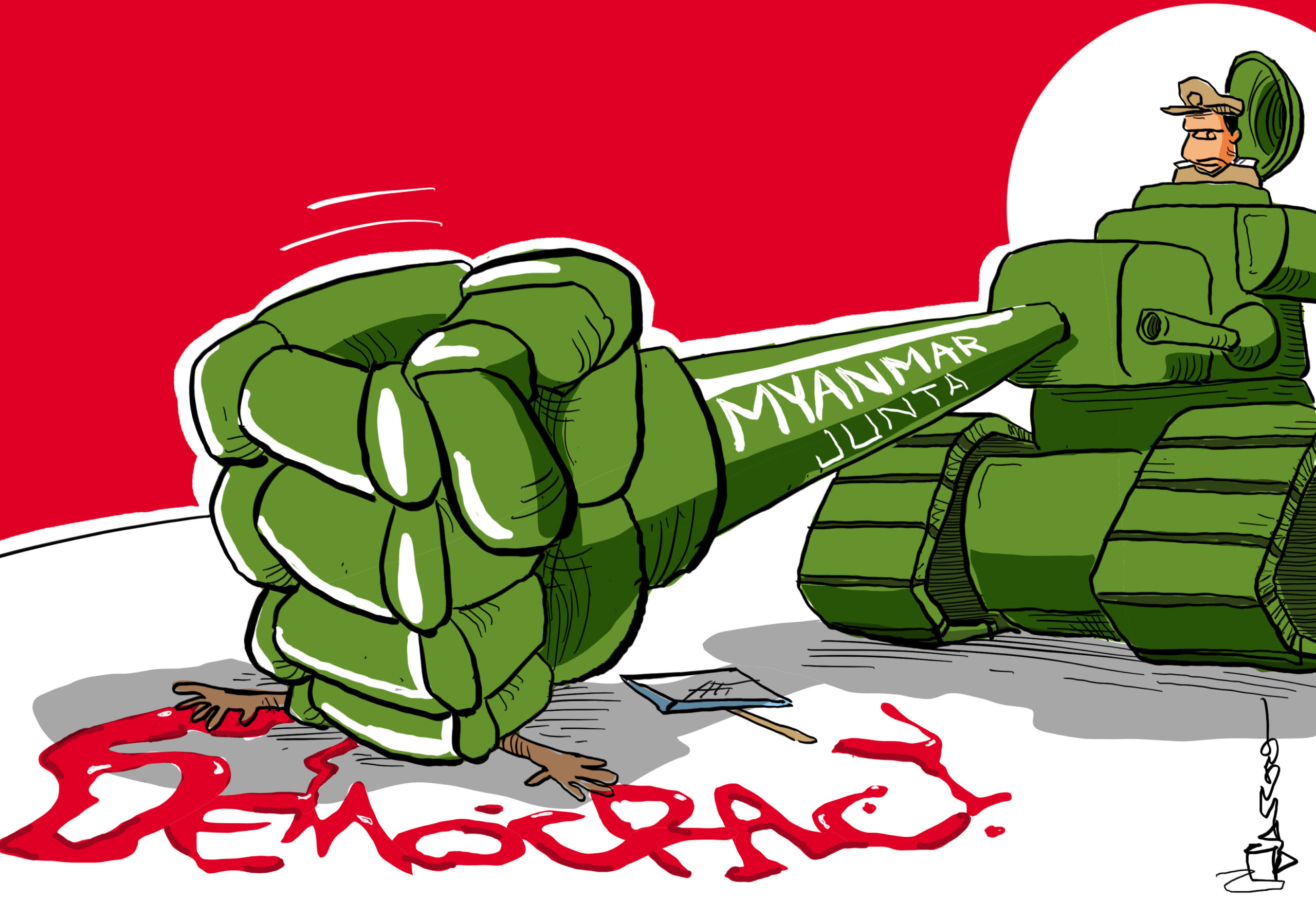 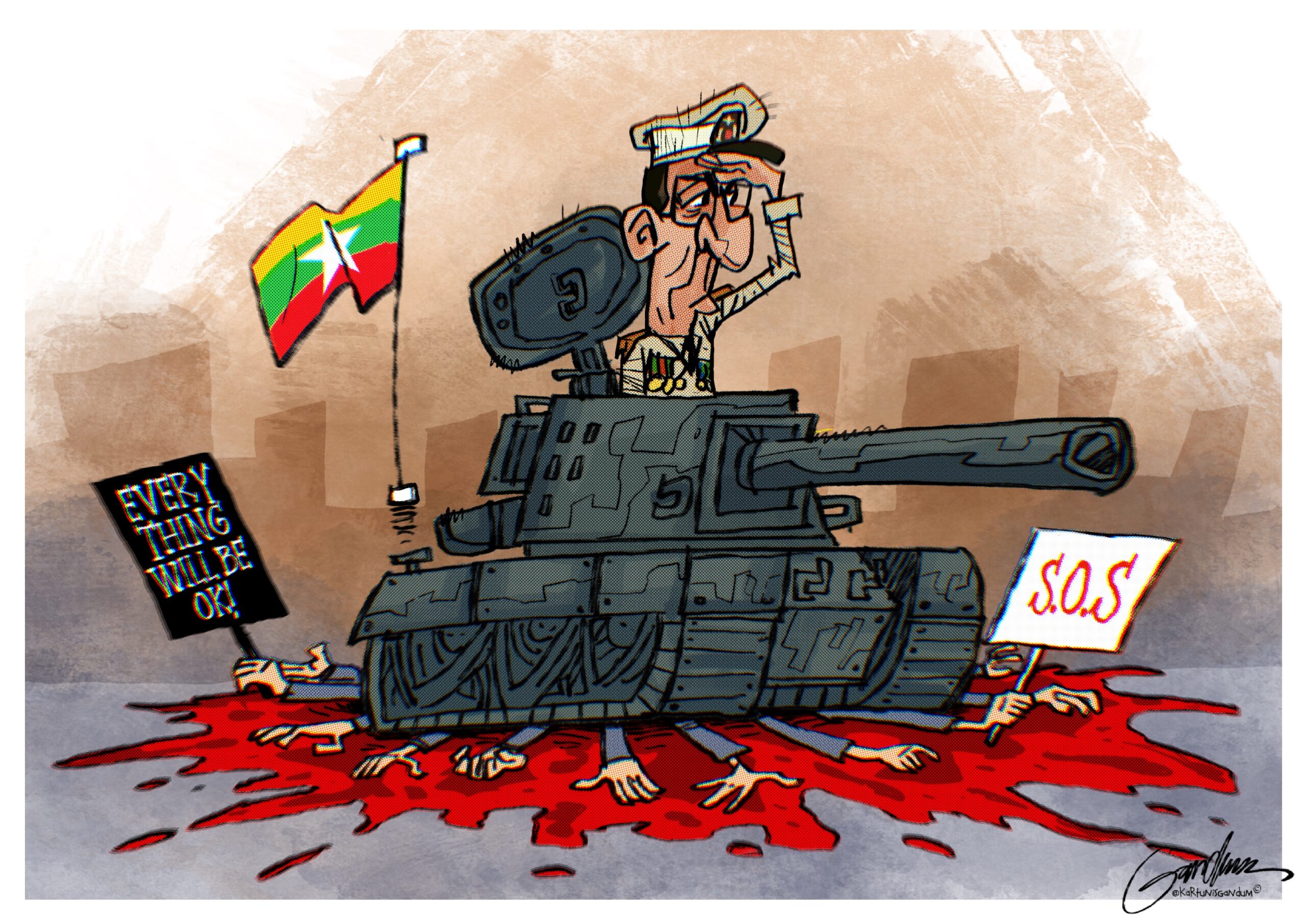 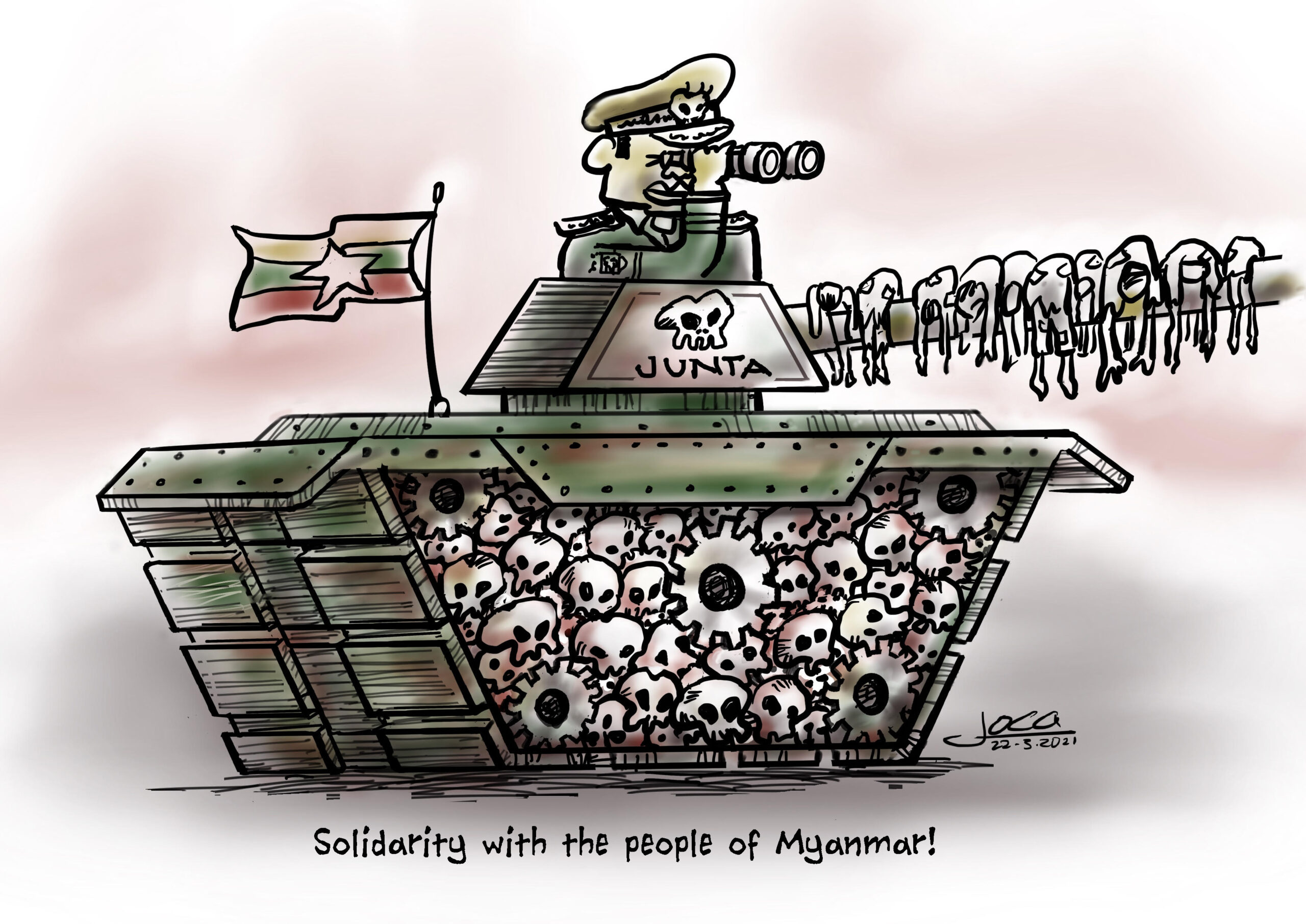 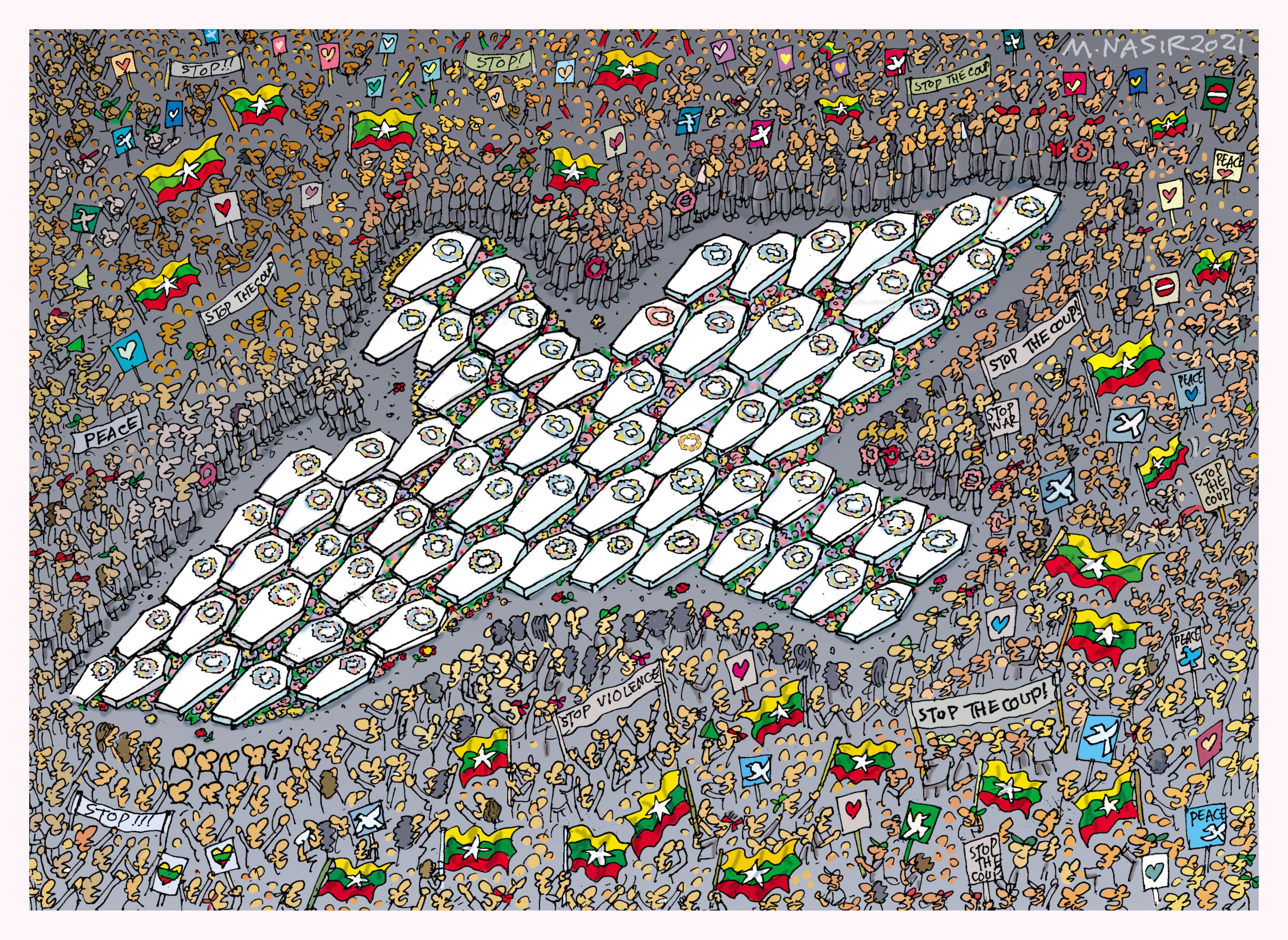 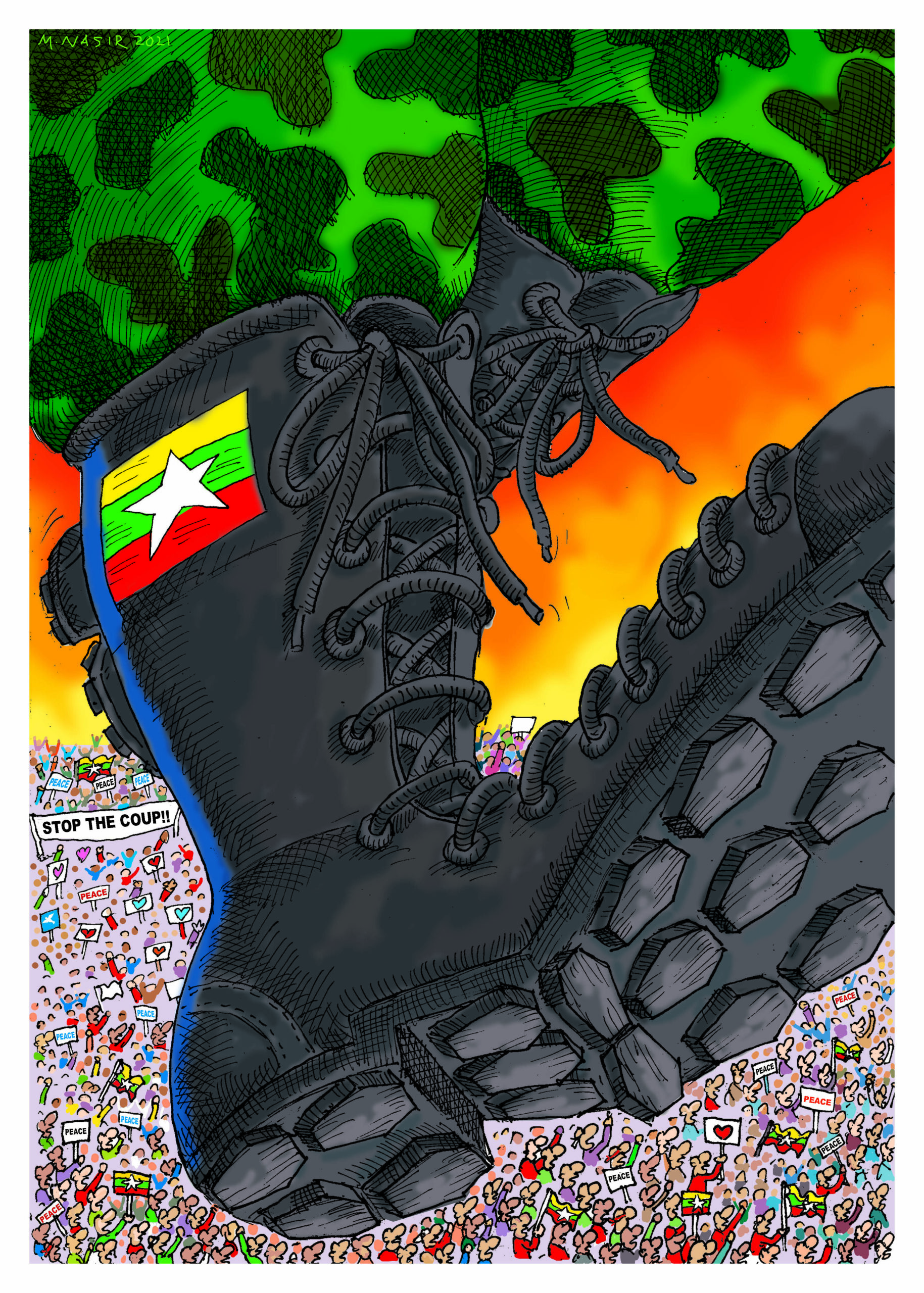 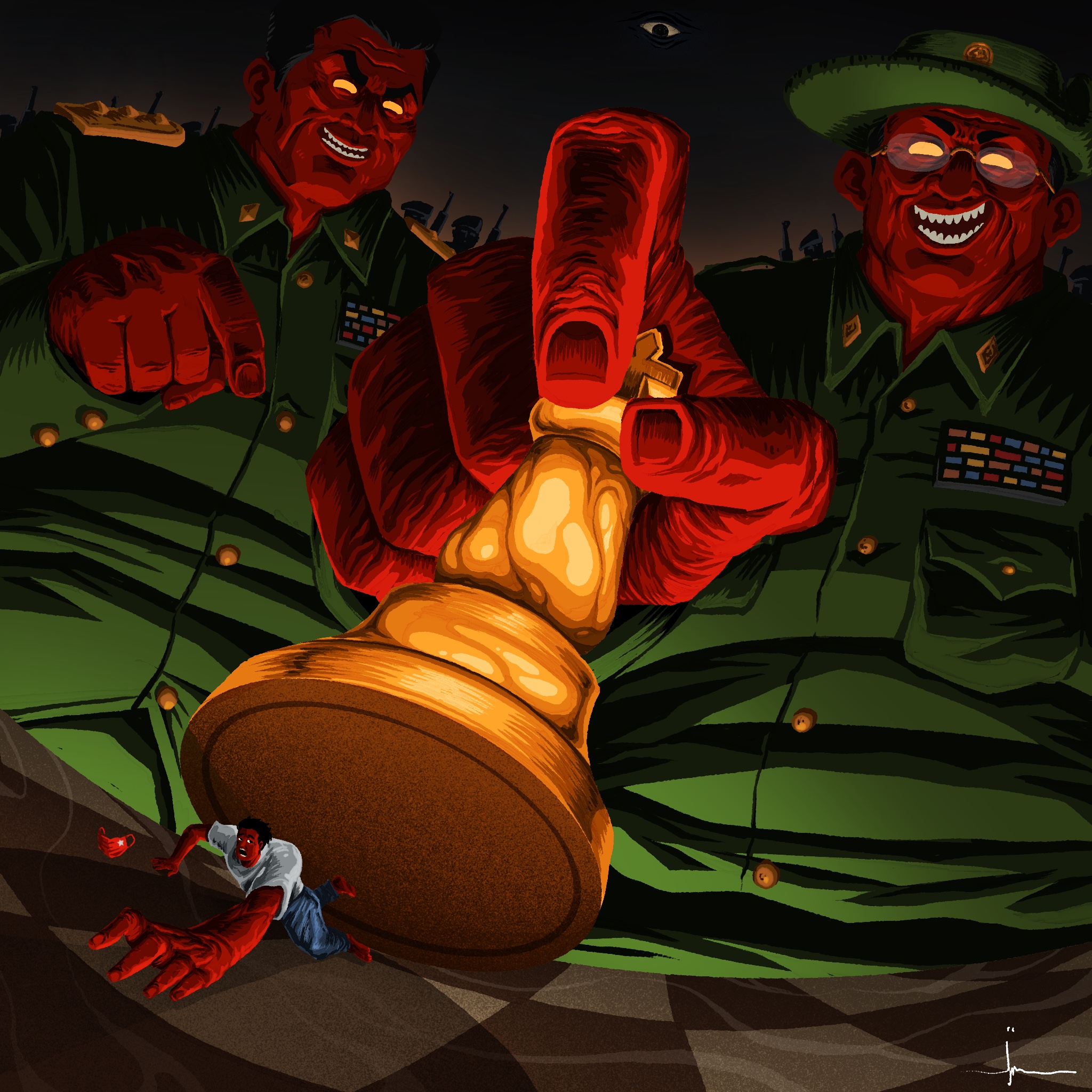